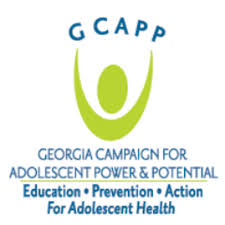 The Georgia Campaign for Adolescent Power & Potential (GCAPP) has been working statewide to advance school-based sex education since 2009. They have worked in a variety of school contexts including large urban districts, rural schools, and charter schools. GCAPP leverages its network of contacts to identify schools with readiness and capacity, and works with districts to identify their goals and objectives relative to sex education. They have also devised a robust training practice to support schools wherever they may be in the process of achieving their goals. GCAPP’s work has resulted in sustained progress over time; districts have been able to institutionalize sex education through policy and practice. GCAPP has also led the WISE Initiative in creating a peer mentor program model for large school districts.